I had a lot of phobias as a kid. Drowning and flooding were two of them, thanks to a PSA that involved a girl getting trapped in a flooding room and drowning. I still don’t know who thought it was a good idea to use that as an analogy for huffing. Honestly, the musical about smoking was much better at getting the point across without scaring the kids who just want to see cartoons early in the morning.

My dad was pretty patient with me since every time I had a nightmare, I’d go to him and my mom’s room and ask to sleep with them. At one point, he would make me a cup of hot chocolate. That helped. I started drinking hot chocolate at night after dinner. It didn’t chase the nightmares away, but it helped.

I wish I could say that my dad was always there for us. He tried his best, but cancer got him in 2001. My siblings and I would find other routines. We’d go out to Cheesecake Factory and Dairy Queen, and my sister for one Thanksgiving tried to make a soy turkey. My brother and I watch Netflix shows together, and I got him invested in The Good Place. We did our best to fill in the hole that my dad left. And for the most part, we are okay. 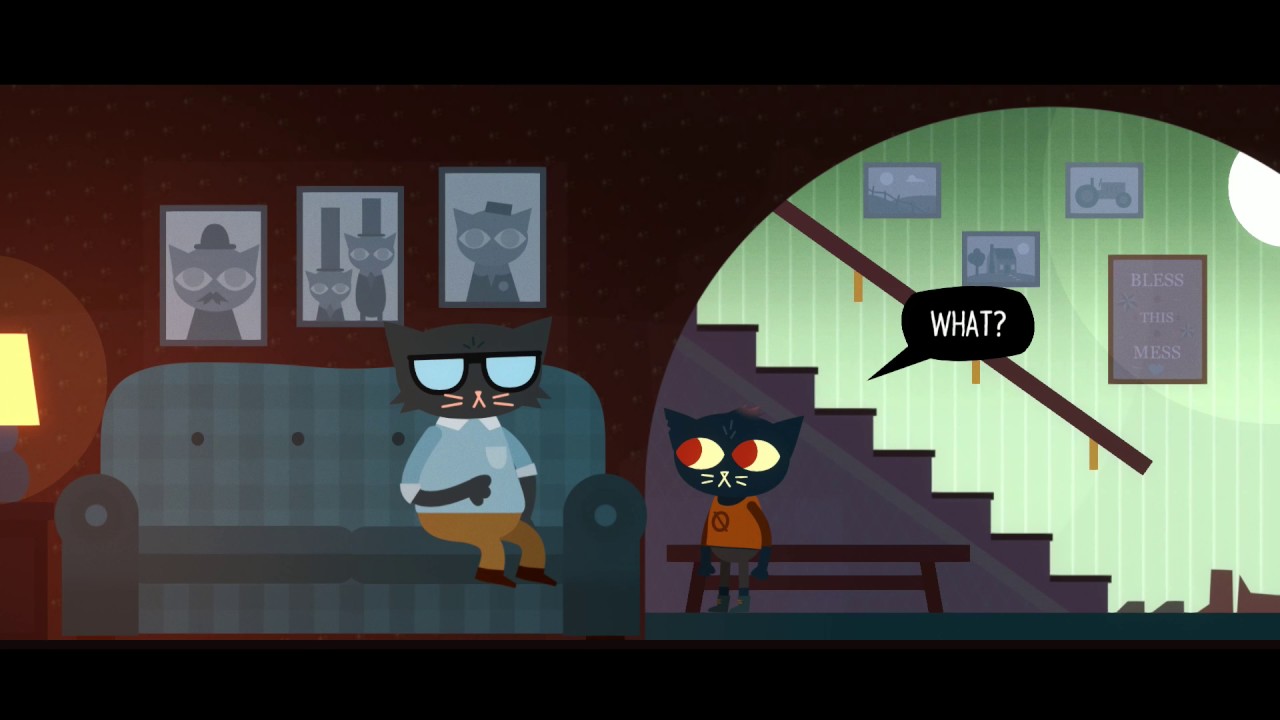 It didn’t occur to me until I played this game, Night in the Woods, that I missed that intimate moment at night, being able to talk to my dad. I sent a letter to the creators thanking them for letting me give the moment as I would stream the game late at night.

In the game, a college dropout named Mae returns home and uncovers a deadly mystery as she goes through the day. You can make the choice to spend time with her parents, with her mom in the morning and her dad at night. Mae’s dad is a former miner, who now mans the meat counter at the local Ham Panther chain. He’s well-meaning, but worries about why Mae dropped out of college, and if she and her mother are getting along. Mae updates him on how her day went, and they watch television. At the end of each conversation, Mae would wish her dad good night.

This all seems so small, you think? Not when the game lacks voice acting, so you read the text aloud. I was able to say, “Good night, Dad” a couple of times into the stream. It’s not something I got to do as an adult, watching television with my dad late at night before we both turned in to get ready for the next day. My siblings didn’t get to do that either.

Mae’s dad wasn’t my dad. My dad was an oncologist who took good care of his patients. He was a strict vegetarian who liked frozen garlic bread. But there are some things you miss. Like conversations at night. That reassurance that things will be okay as things bump in the dark.